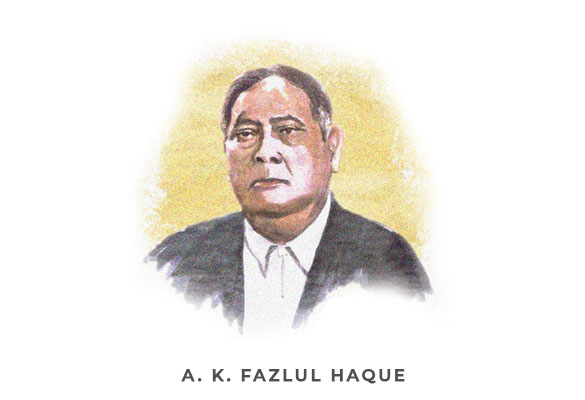 A.K. Fazlul Huq popularly known as “Sher-e- Bangla” was the first Prime minister of undivided Bengal and later served as Home minister of Pakistan. Our great national leader was born on October 26, 1873 at his maternal uncle’s house at Shutapur, a prosperous village in the Southern parts of the district of Bakerganj. However, his ancestral house was at Chakhar, a village 14 miles away from Barishal town. He was the only son of Muhammad Wazid and Saidunnissa Khatun. Huq’s father was a reputed civil and criminal lawyer of the Barishal Bar, and his grandfather Kazi Akram Ali, a good Arabic and Persian scholar, was a prominent muktear of Barishal.

Since his childhood, AK Fazlul Huq was an extra-ordinarily meritorious student. He obtained scholarship in his mid-level examinations and passed the Entrance (SSC) Examination with brilliant marks in the year 1889. In 1891, in his FA Examination, Sher-e-Bangla also received scholarship. In 1894, he passed the Honors Examination simultaneously in Mathematics, Physics and Chemistry with credit from the Presidency College, Kolkata (Calcutta) India. It was the first time that a Muslim student had passed the honors exams in three different subjects at the same time. During 1901, most people of Indian sub-continent were living in illiteracy. In such a time A.K. Fazlul Huq obtained his higher education with extra-ordinary merit.

In the hands of Sir Khwaja Salimullah and Nawab Ali Chowdhury, he got initiation in politics. In 1906 Huq entered government service as a Deputy Magistrate. He took an active part in founding the All India Muslim league at Dacca on 30 December 1906. Then, he resigned from public service and opted for public life and law. Being advised by Sir Asutosh Mookerjee he joined the Calcutta High Court and started legal practice.

In 1917 Huq was a Joint Secretary of the Indian National Congress and in 1918-1919 he served this organization as its General Secretary. Then he joined the Khilafat movement in 1919. However, he later left Congress due to his different point of view.

A. K. Fazlul Huq’s political strategy was to make rural elite class his base power. Although he mostly participated in All India movement, his mind was mainly focused in The Bengal. To improve Bengal’s political and social condition, he later on became instrumental to make Muslim League effective. During Language Movement in 1952 Fazlul Huq formed Krisak Sramik League and pretested against Pakistani military. He became the member of United Front to fight election battle in 1958.

After a successful political life, on 27 April 1962 he died in Dhaka and in his funeral about half a million people came to pay respect. His mausoleum is situated at the southern end of the Kazi Nazrul Islam Avenue which is situated in the west of the Shishu Academy. 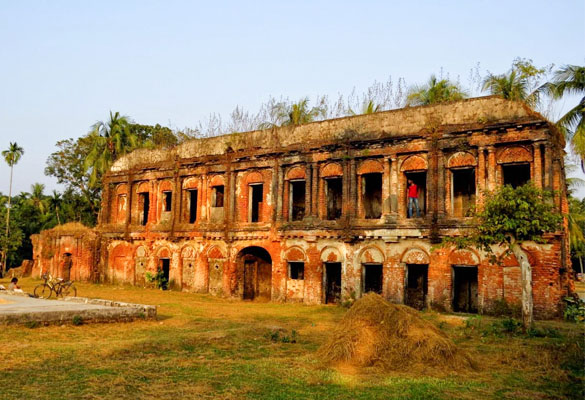